The âPueblos Blancosâ tour extension is a 3 day/3 night experience that takes you to visit the white villages, or Pueblos Blancos, that AndalucÃ­a is famous for.

You stay 3 nights centrally, either at the Villa or one of the hotels in Antequera. 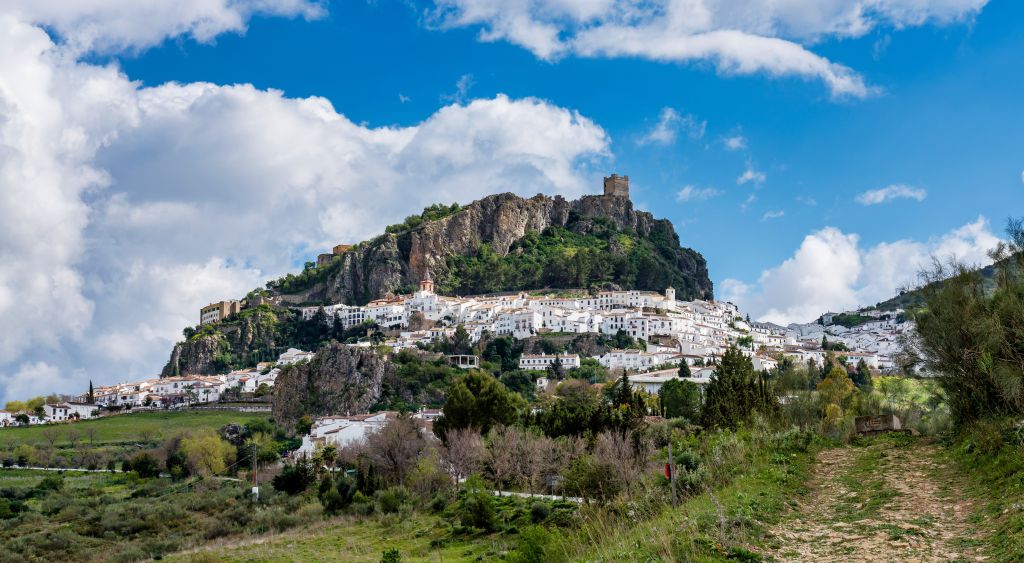 At 09:30, we drive to the white village of Frigiliana. This exceptionally beautiful white-washed village is truly one of a kind. A maze of cobbled streets, with meticulously maintained whitewashed houses, that provide a stunning contrast against the blue skies and red slate roofs. The colourful plant pots brimming with bougainvillaea, lavender and jasmine all add an extra dash of colour to this enchanting scene. You are free to wander the village and have lunch. In the afternoon we visit the amazing Nerja limestone caves which are close-by. After the visit we return to your accommodation.

At 09:30, we depart for the white village of Setenil de las Bodegas, where the rocks overhang the buildings and you can have a drink sitting at the bottom of the gorge cut through the village by the river that runs through it. Have a wander around the village. Named after its once flourishing wineries Bodegas, it is said that the Romans used to store their wines in stores cut into the rocks to retain a more constant all year-round temperature. Unique among the Pueblos Blancos, it developed out of caves in the cliffs rather than being perched on top of them. The white houses seem to emerge from the rocks being totally integrated with them. We then make our way to the Zahara de la Sierra where we have lunch and admire the spectacular views. Zahara de la Sierra is perched on a mountain, overlooking a valley and a man-made lake formed by the dam. The town, originally a Moorish outpost due to its position between Ronda and Seville, it was a perfect site for a castle to be built to serve as a fortress in case of attack. After the visit we return to your accommodation.

At 09:30, we depart for the SubbÃ©tica National Park. The area is a Mecca for Olive Oil, producing some of the best oil in the world. We arrive in Zuheros, a white village in the SubbÃ©tica. A small village of around 640 inhabitants, it is famous for its cheese. Many consider Zuheros to be one of the best of the white villages, even going as far as to claim it the most beautiful village in the world “el pueblo mas bonito del mundo”. Have a wander and coffee before we head for the Baroque town of Priego de CÃ³rdoba for lunch. Priego de CÃ³rdoba is found on the Ruta del Califato, the trade route of the Caliphate. It is called ‘City of the Water’ because of the many springs, and also called the ‘Jewel of the Baroque Native of CÃ³rdoba’ due to its beautiful Baroque Architecture. After the visit, we return to your accommodation for your final night before departure.