We run private day trips to the Cities of Ronda, CÃ³rdoba, Granada, as well as local Wine Bodega trips, from MÃ¡laga.

These trips are for private groups from 2 to 50 guests.

You could be a couple or small party from a cruise ship or hotel, wanting to visit historic CÃ³rdoba, for instance, or a larger conference group wanting to spend the last day after the conference seeing some of wonderful AndalucÃ­a.

For these trips, we charge per person, subject to a minimum charge to cover our costs. 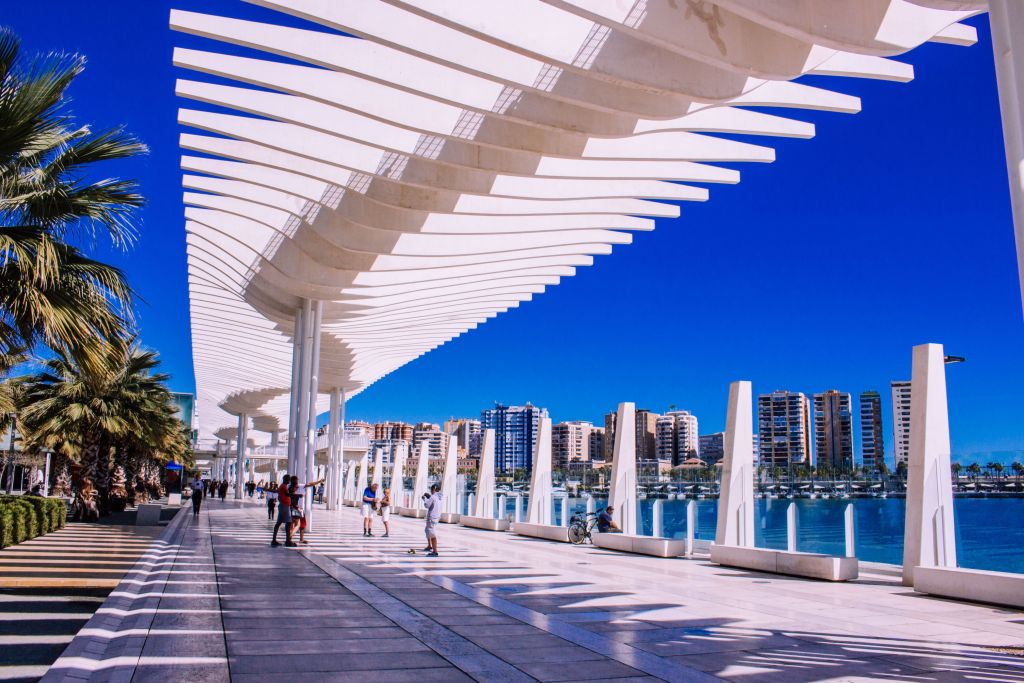 At 09:00, we depart for the historic City of CÃ³rdoba. Once the Capital of both the Roman and Islamic Empires in the Iberian Peninsula, CÃ³rdoba is a walled City with the largest official old quarter of any European City, much of it a Unesco World Heritage Site. A fascinating City of charm and history. As a visitor, you are transformed back in time. The Capital of both the Roman and Islamic Empires, it was once one of the most powerful and important Cities in the world. Amongst the largest Cities in the world, in terms of its population in the 10th century, it now is roughly the same size as Granada, but has an intimate feel of a much smaller and contained City. The ancient walls of the City appear almost recently built and they surround the City giving the visitor the feel of emerging into the middle ages as you walk through them. 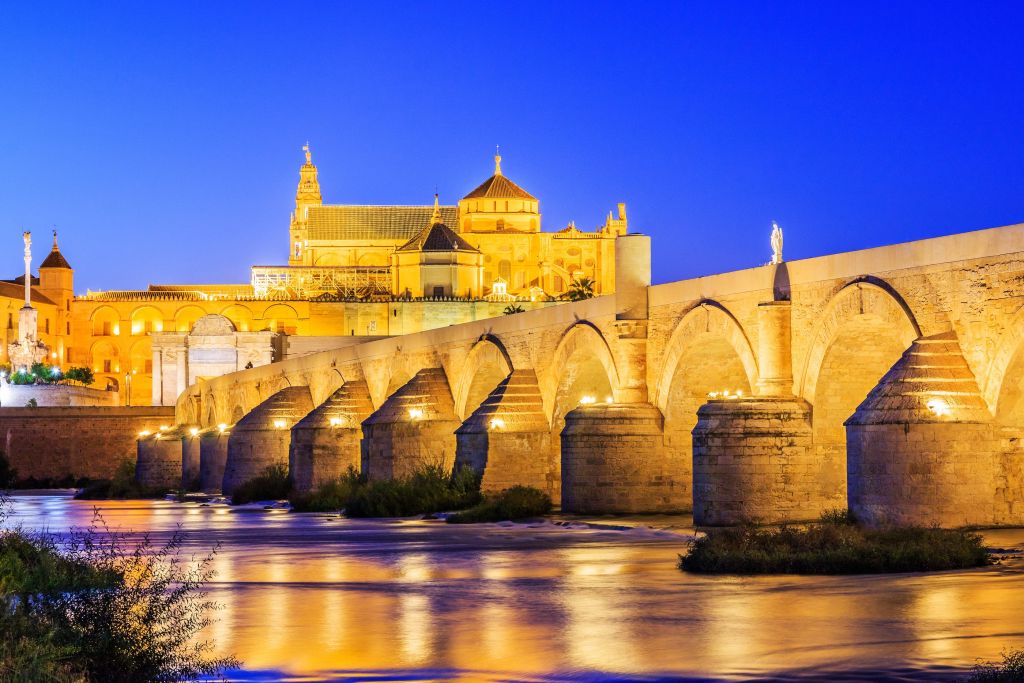 Famous for its patios packed to the brim with colourful flowers, the courtyards of CÃ³rdoba are a lovely and a cool retreat from the heat of the summer sun. To many, the mesmerising âMesquitaâ, the greatest ancient Mosque in the Western World, is the most impressive building in the whole of Andalucia and certainly the only Mosque in the world with a Baroque Cathedral right in the centre. CÃ³rdoba prides itself on its gastronomy with local dishes, such as Salmorejo CordobÃ©s and dishes with a distinct Arabic flavour. We arrive in CÃ³rdoba at the âPuerta de Sevillaâ, a small entrance into the San Basilio district of the City. After a short background to the City, we pass through the entrance and see the beauty of the white-washed houses with trailing geraniums in blue pots dangling from the ârejasâ, window railings. We take a short coffee and restroom stop in a local cafeteria and then walk the cobbled streets to our first visit, a typical CÃ³rdoba Patio. Continuing through the lovely residential barrio, we see the large walls that sub-divided the City into districts and have a quick look at the Royal Stables âCaballerizas Realesâ where they train the famous Andalucian Horses. A little further up the street we come across the Christian AlcazÃ¡r with its beautiful gardens. Here you have a 45-minute visit. We meander through the old Jewish Quarter, with its narrow lanes and atmospheric patios, before arriving at the site of the âMesquitaâ. We stop for a relaxed tapas lunch to sample typical dishes from the region and, after lunch, walk up the little lane of the flowers for an iconic photo opportunity. You then have free time to visit the Mosque, shop and enjoy the charismatic old quarter before we meet up at 17.30 at the Roman Triumphal Arch, cross the famous Roman Bridge and return to MÃ¡laga.

At 09:00, we depart to visit the Jewel of Andalucia, the City of Granada. âGar-anatâ meaning âHill of the Pilgrimsâ or âHill of the Strangersâ, now known as Granada, nestles at the bottom of the towering mountain range, the Sierra Nevada. Romantic and Majestic, it was once wealthy and the home of both Sultans and Christian Monarchs, including the famous Ferdinand and Isabella, who made it their final resting and burial place. The Islamic Kingdom of Granada held on for nearly a quarter of a millennium after the rest of the Iberian Peninsula was recaptured by the Christian âReconquistaâ and imposing Islamic Fortresses spread throughout the region. Now a vibrant City of Education and Business, the reminder of its great importance looms high and visible in the form of the Alhambra, the spectacular royal complex of Fortress 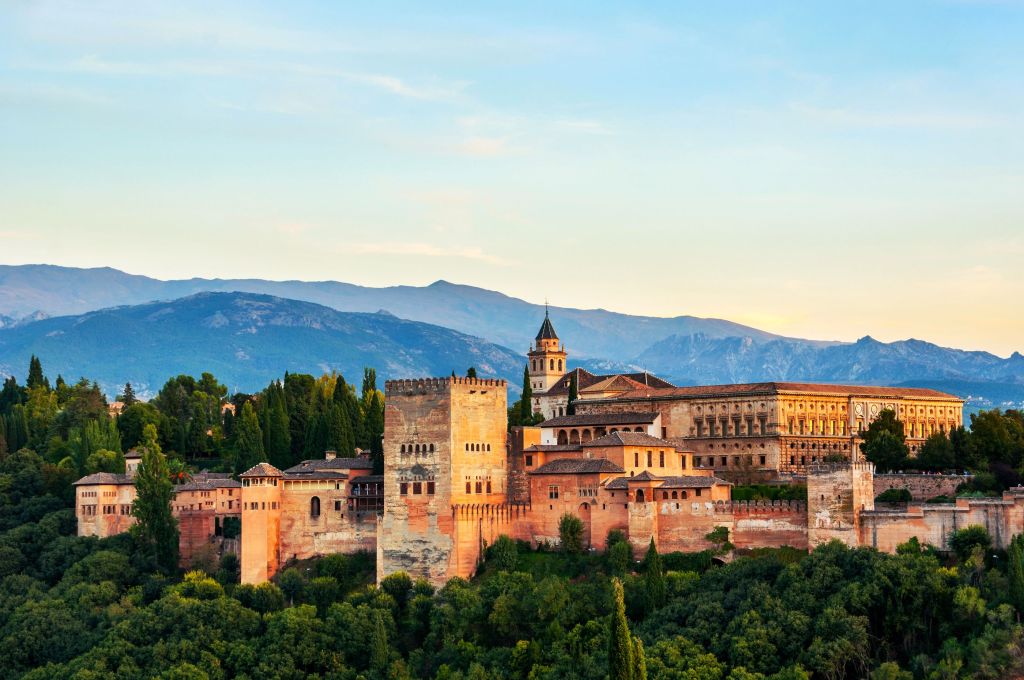 and Palaces and one of Europeâs most visited sites.âal-QalÊ»at al-á¸¤amrÄâ, the âRed Fortressâ, sits proudly on top of the hill of âLa Sabikaâ, the âHill of Goldâ, as an imposing gesture of the dynasties that once ruled this land. As you walk around the city you will see the heraldic emblem of Granada cast in rain water downpipes and on other items, the Pomegranate, in Spanish âGranadaâ. Arriving in Granada, we park and take a short walk to the beautiful Bib Rambla Plaza, where we indulge in a treat of ‘Chocolate con Churros’ before having a walking tour around the Cathedral area, through the âAlcaicerÃ­aâ, the Arabic Silk Market. Interestingly, the name Alcaiceria means âPlace of Caesarâ in reference to the Arabs being given the rights to manufacture and sell silks in the 6th century by the Byzantine Emperor Justinian. We will take a short walk along the banks of the River Darro with its charming stone bridges. You are then free to explore, maybe visit the Cathedral or âCapilla Realâ now the museum of Granada and the burial place of the Catholic Monarchs Ferdinand and Isabella. Returning to the tour vehicle we drive up to the Alhambra. You will have pre-booked tickets, either by us on the Agents System or by yourself on the Public System, depending upon availability. After the visit, we return to MÃ¡laga.

We depart MÃ¡laga for the spectacular town of Ronda perched on top of the impressive Tajo Gorge. The iconic Puente Nuevo Bridge, towering 100m above the river below, spans the two parts of the town and the famous bullring, now a museum, is the oldest in Spain. Ronda was first settled in the 6th Century BC by the early Celts naming it Arunda. The current Ronda, though, is of Roman origins, having been founded as a fortified post by Scipio Africanus. Ronda received the title of city at the time of Julius Caesar. In the early 19th century, the Napoleonic invasion and the subsequent Peninsula War caused much suffering in Ronda, whose inhabitants were reduced from 15,600 to 5,000 in three years. 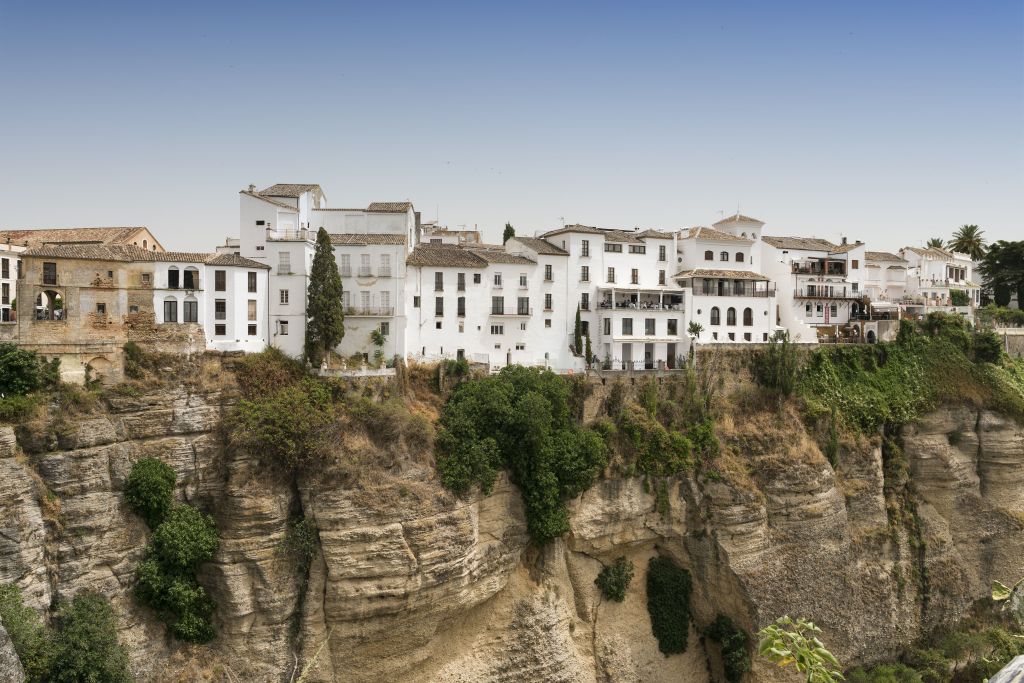 Ronda’s area became the base first of guerrilla warriors, then of numerous bandits, whose deeds inspired artists and folklore. We will give you a short walking tour around Ronda (or a 90-minute tour with a local guide if you are a group of 10 or more) and show you the key sites. Above all, however, Ronda is about slowly wandering, enjoying lunch and the spectacular mountain scenery and splendid gorge. You are free to explore the narrow lanes of the old quarter and visit any of the monuments, before we meet up at the appropriate time for the return journey back to MÃ¡laga. If you have the time, we can also schedule a visit to a local organic wine Bodega.